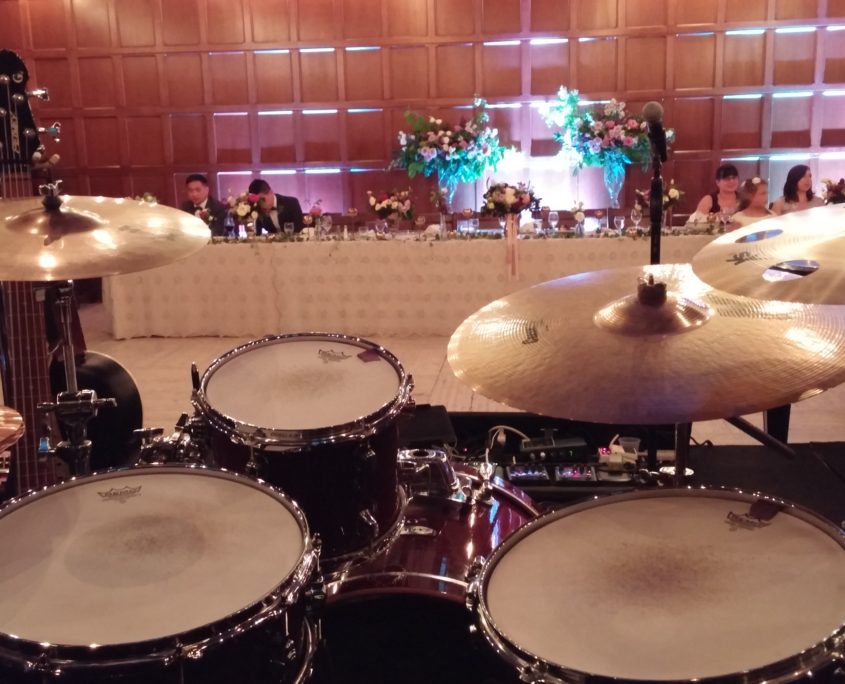 Born and raised in Toronto I began playing drums at the age of 14 years old.  I was influenced by rock drumming legends like Keith Moon (The Who) & John Bonham (Led Zeppelin).  As I began to learn, I took private lessons from my fathers friend playing latin rhythms, great experience but not what I would call my stairway to heaven, at the time.

While I was trying to mimic the greats, I enlisted in drum corp playing in the snare line.  Thats where my playing took off to a new level.  A great experience for any young drummer.  The discipline & focus set a strong foundation for playing the kit.

Expanding my horizons, at the ripe young age of 16, I played in the orchestra for a number of high school musical productions, including West Side Story, Funny Girl & my all time favourite, Jesus Christ Superstar, cheers to the ’93 cast @FJR.

When I wasn’t marching in the drum line or playing show tunes I was jamming with local bands and friends.  It was then, that I turned my parents basement into my recording studio.  This is where I realized the magic of production.  Within a year I began an internship at a major recording studio in downtown Toronto.  There I got an opportunity to be an assistant engineer & produce my own music after-hours.  I did some session work at the studio as well, which helped heighten my playing once again.

Since then I’ve been a student of the instrument as much as a player.  I’ve played in countless bands gigging and recording.